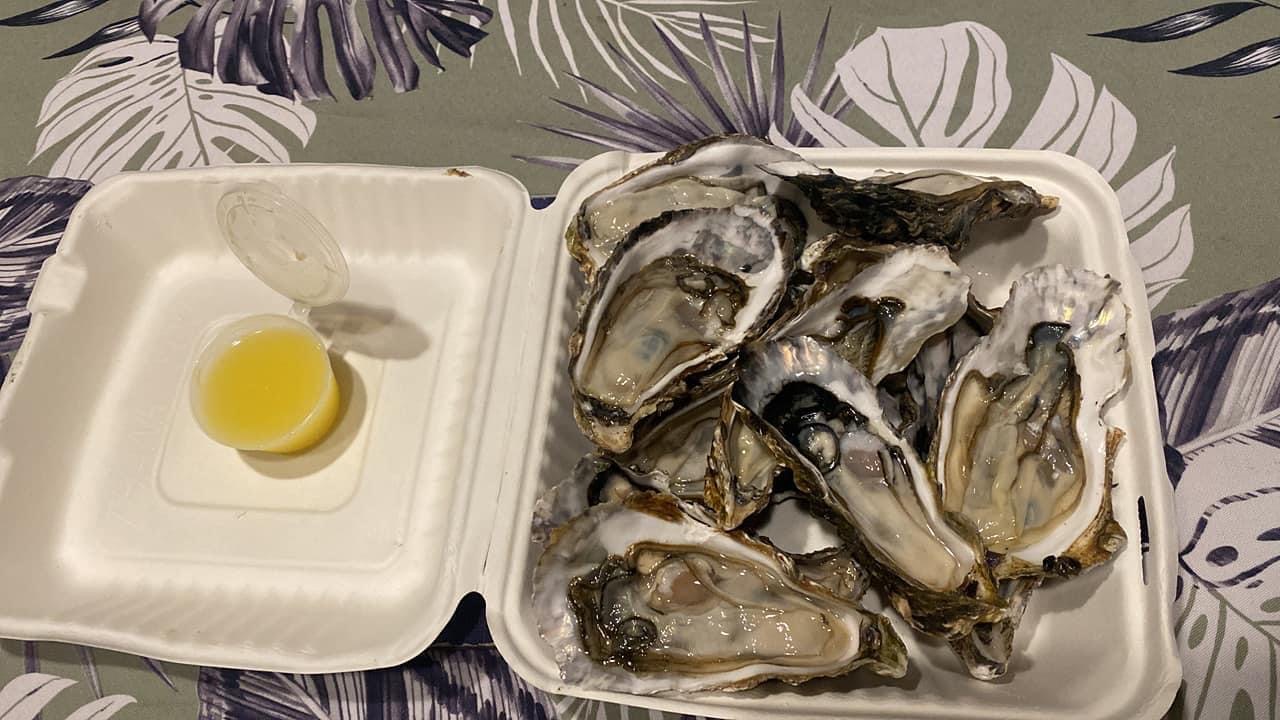 In August 2021 I agreed to help the Utakura 7 Investment Group open their first venture into tourism, the magnificent Riverhead Villa.

Riverhead Villa sits on the hill looking over the inner Hokianga Harbour. A grand old lady relocated from it's original home in Kaiwaka, it has been beautifully restored and is open and welcome for guests. Having driven past many many times on my way to the villa, this week I decided to pull of SH1 and see what delights were in store at the Paroa Bay Oyster Factory shop.

Every time I have driven past in the last 12 months I found an excuse not to stop and boy was I regretting it the moment I walked in the door. From the outside it's a dreary building with a big sign saying Oysters and a pile of shells on the hill behind that gets bigger and bigger by the day. The dreamy smell of fresh oysters was contaminated by something almost as delicious, fried oysters. Half a dozen fried oysters and chips for only $22 or a full dozen oysters shucked for $25. I was honestly tempted to get both. Instead to take something for the table after our meetings at the villa I watched as my dozen was picked from a pile and shucked in front of me.

I love oysters. I love the difference in texture, flavour and ability to describe their origin in one shell. I love how they are so ridiculously unattractive, but make mouths water around a table. I love how they really are best when they are raw and are so forgiving to being accompanied by so many different accompaniments. Last week on a Tastebud Tour in Auckland a guest was completely overwhelmed by an oyster he tried at the excellent modern Korean Gochu in Commercial Bay. Served with a kimchi juice, leek oil and pickled radish, it is without doubt one of the most mouth watering wasy to enjoy an oyster I have come across.

One of my favourite memories of oysters was when I was invited by Ruth Reichl to a BBQ at the playwrite John Markus house in 2015. John had a brilliant chef from the Gramacy Tavern with him who had driven up to Upstate New York and cooked the most amazing meal. We started with delicious briny oysters from the East Coast that were cooked very gently on a Weber BBQ while resting on damp hay and drenched in brown butter. They were without doubt simply amazing. So simple and so amazing. Auckland genius Chef Des Harris recreated them for me at our inaugural Vineyard Cottages Long Lunch in 2021 and even the biggest oyster haters loved them.

You can't beat Depot and The Shucker Brothers in Auckland for being great oyster bars. Eating a plate of oysters at Soul on the waterfront has always been my favourite way to spend an afternoon. I can never go through Matakana on my way to Leigh without stopping at the Oyster shed there, so why..... why had I not found the time to just pull of SH1 in the past 12 months and just pick up a punnent of juicy plump and ridiculously fresh Paroa Bay oysters, I will never know, but I can promise you it will happen every time from now on!