History of the Chinese in New Zealand

A brief History of the Chinese in New Zealand

As we celebrate the Chinese New Year, we look at the history of the Chinese in New Zealand.

The first recorded ethnic Chinese in New Zealand were immigrants from the Guangdong province of China, who arrived during the 1850’s gold-rush era. Due to this historical influx, there is still a distinct Chinese community in the South Island city of Dunedin. However these days, the majority of Chinese live in the North Island and especially Auckland and are mostly of recent migrant heritage (only 26.6 percent of the New Zealand Chinese population were born here).

The first immigration to New Zealand took place over two invitations from New Zealand's Otago gold-mining region to potential gold-miners of the Guangdong province in 1865. Racial discrimination was suffered intensely by these gold-mining communities, where the Europeans felt threatened by the economic competition they represented and their transient way of life.

However, in the 1880s, as anti- Chinese sentiment grew,  New Zealand introduced a New Zealand Head Tax also known as the “Poll Tax” aimed specifically at Chinese migrants. Despite these political barriers, the Chinese still managed to grow their populations in New Zealand and their populations were boosted when wives and children of gold-miners were allowed into the country as refugees from the Guangdong province just prior to World War 2. This original group of Chinese migrants and their descendants are referred to as “old generation’ Chinese. The migration continued until the new Communist Chinese regime stopped emigration. In 1881, the Chinese Immigration Act 1881 was passed by the government, imposing a £10 tax per Chinese person entering New Zealand, and permitted only one Chinese immigrant for every 10 tons of cargo. This was increased to £100 per head in 1896, and tightened the other restriction to only one Chinese immigrant for every 200 tons of cargo.

Between 1987 - 96, through a fundamental change in the immigration policy, New Zealand saw a huge influx in immigration from the Chinese business sector, investors and professional migrants. By 2002, the ‘old generation’ Chinese had received a public apology from the New Zealand government for the poll tax that had been levied on their ancestors a century ago.

The Chinese have immersed themselves into the New Zealand environment and brought with them their cultures and traditions.

We are super fortunate to be able to experience authentic Chinese cuisine right here in Auckland as the Chinese have opened restaurants throughout the city and share theri delicious fare with us.

There are several suburbs in Auckland where large populations of Chinese have settled and this is where you will the most authentic restaurants, with the most delicious and 'real' flavours. Often hidden, these restaurants must be on your list to visit next.

Dominion Road is full of eateries, offering delicacies and restaurants from many nations, however Chinese / Asian restaurants are a very common sight, in particular restaurants offering our favourite morsels - Xiao Long Bao - also known as dumplings. Highly recommended is Jolin Shanghai at 248 Dominion Road for their authentic dumplings. Eden Noodles Cafe offering Sichuan cuisine with a punch! and Wang Wang Pancake at 704 Dominion Rd is where you find original flaky Chinese pancakes with delicious fillings. For or the best authentic noodles you must try Tasty Noodles at 1/919 Dominion Road.

The Northcote Shopping Centre on Auckland's North Shore and its surrounds is definitely the area for Chinese fare and speciality shops. The Jiale Bun Shop at 27 - 35 Pearn Place must be searched out on your next journey to the North Shore for the most mouthwatering, fluffy steamed buns with delicious fillings. Not far away in Takapuna, some of Auckland's best dumplings are on offer at Artwork Eatery and Bar.

In East Auckland in the surrounding suburbs of Botany Downs you will also find some hidden Chinese treasures. Very popular, Lucky Seafood Restaurant in The Hub in the Botany Town Centre you will be expected to have to que to get a table on weekends. Yi Pin Xing at 113 Meadowland Drive in Somerville is the place to go for dumplings. Not far away in Mt Wellington is Imperial Plaza, this authentic Chinese restaurant offers the traditional Yum Cha and well as a la carte and pretty good dumplings too.

Every year New Zealanders now help celebrate with the Chinese the Chinese New Year. Whether it be in the many Chinese restaurants found around Auckland, the stalls at the night markets, events put on by the Chinese community or of course the Lantern Festival held in both the Domain in Auckland, and Hagley Park in Christchurch.

Make sure that you check out the free Chinese New Year celebrations and entertainment at SKYCITY Auckland. Friday nights during the Chinese New Year period they will also be hosting Night Market Food stalls, which will be something not to be missed! 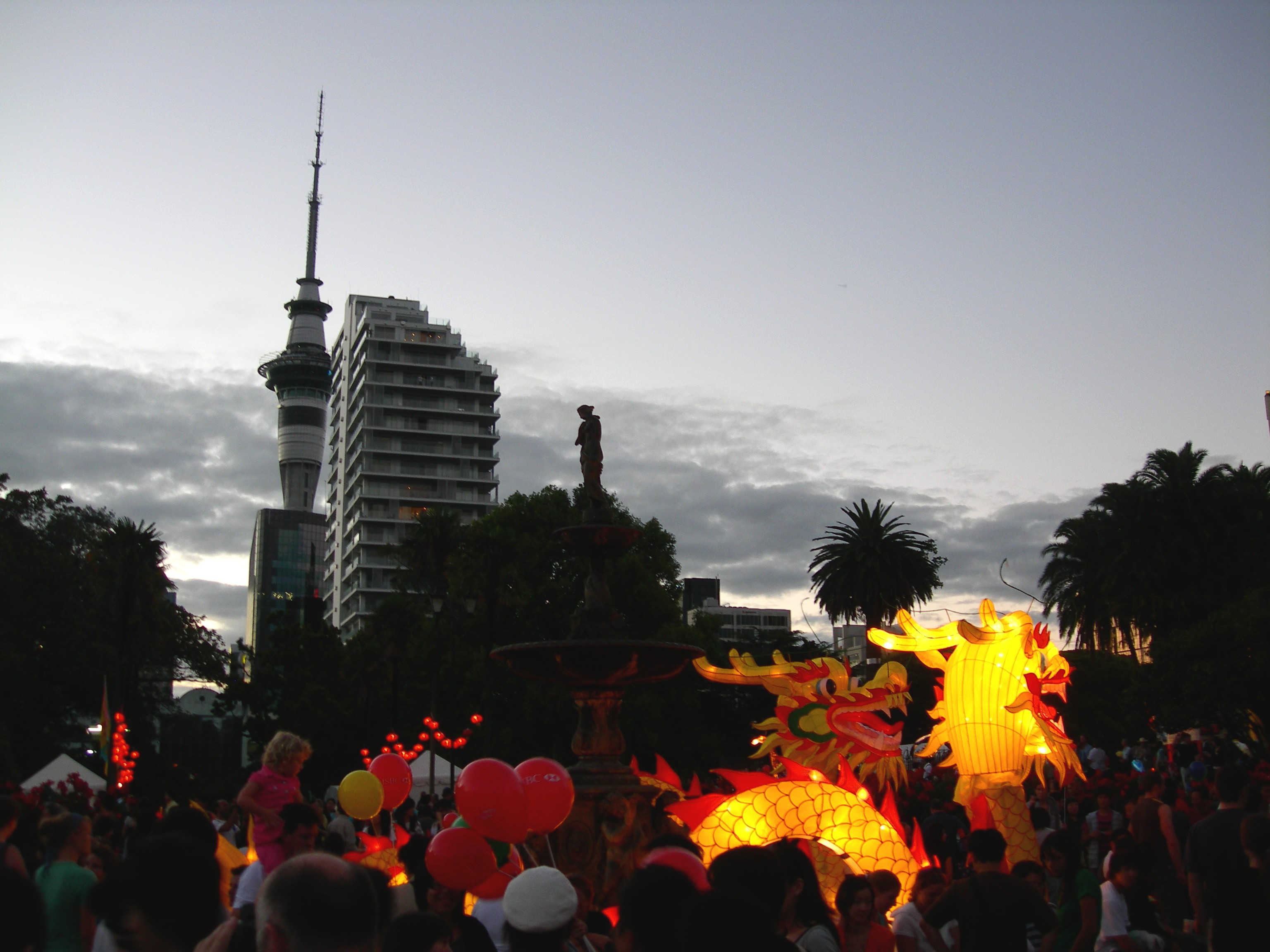