September is Bee Aware Month and we have been celebrating bee's, their caretakers - the invaluable, caring beekeepers and of course HONEY!

What better country to visit, to taste and discover the multiple variations of honey, but New Zealand of course- read our most popular blog on our website '6 Types of Honey from New Zealand' from our infamous Manuka to Kamahi and our Wildflower honey's and their distinctive tastes.

Bee Aware Month is an initiative by Apiculture NZ and is a full month dedicated to promotional work dedicated to "Bee Health" and educating the public on how they themselves can help protect NZ's healthy bee population. Although New Zealand's bee population is generally fairly healthy we do have more threats to be aware of than ever before including bio-security, disease, bugs and pesticide. Bees of course are needed for pollination so that we can consume the delicious fruits and food that we so love including Avocado's, Strawberries, Kiwifruit, Apples, Nuts, Coffee and even Chocolate!

And there are 3 easy ways that YOU can help!

BEE FOOD - plant bee friendly gardens. Visit your local garden centre and ask them to suggest some plants for you

HYDRATION - Bee's need to drink water too in order to survive! Provide fresh, clean water for the bees. And put pebbles and / or twigs in the water so that they have somewhere to rest while they drink (and don't drown).

SAFE SPRAYING - don't spray your garden with harmful pesticides. Do you actually need to spray? But if you do, don't spray when the plants are in flower or bees are present. Best time of the day to spray is at sunrise or dusk when the bees are in their hives and the flowers are still closed and sleeping.

So go on, try out some of the recipes on the blog, go plant some bee friendly plants in the garden, join us on a tour sampling this precious liquid gold and celebrate our bees! 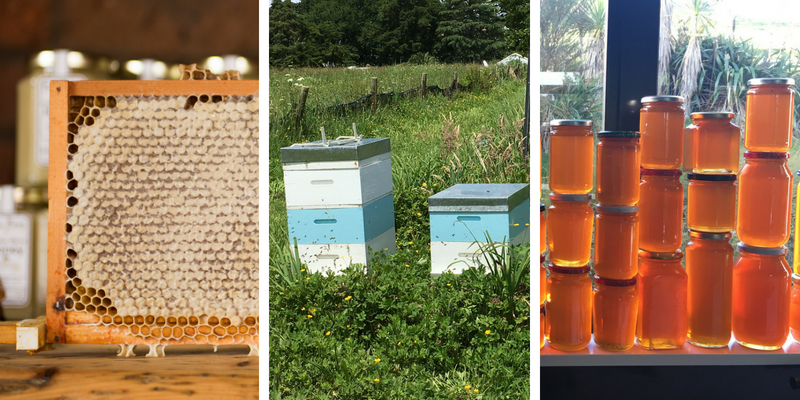 If you have been on one of our tours, you will know how much we love their honey and how good their honey is and if you haven't, we think it’s about time you did! Not only will you discover local Foody heros like Earthbound Honey but taste an almighty selection of delicious food whilst learning about our history, our people and our places.

Earthbound Honey is locally located in the Bethells Valley in north west Auckland on their 11 acre property with Pohutukawa groves, dense Manuka forests and wildflower pastures. Owners Terry and Karlene Toomey established Earthbound Honey in 2006 when Terry left his city-based job to become a beekeeper. Karlene soon followed reducing her hours as a landscape gardener and both now work on the farm together.

Their bees produce a range of honey from their Pohutukawa, Manuka and wildflower pastures.

If you are lucky enough to visit them at their base on one of our Our People, Our Places, Our Producers tours or at one of the local Farmer's Markets, you will see that it's not just honey that makes them one of our favourite Foody Inspirations, but it’s what they create with the honey and the wax from their bees. They also produce a wide range of skincare, honey vinegar, beeswax wraps and candles.

Fascinated? Join us on one of our Big Foody food tours and you too could be sampling this liquid gold!

Cuisine Magazine have just announced their top 100 New Zealand restaurants for 2018. There are some classics and some newbies to the list! If you're looking for a great list of places to eat in New Zealand, this is the one to follow! We are delighted to see our friends and colleagues at Culprit, Bistronomy, Pacifica and The Hunting Lodge are on the list!

How proud are we!!!!!!!! Our Tastebud Tour (Auckland Insider Tour: Food Tour with Local Expert) has been named in the World’s Best Destination for Travel Experiences according to TripAdvisor Travellers.

The Tastebud Tour has been the flagship experience since The Big Foody started back in 2010, designed especially to show the guests as much of the city as possible in the most delicious manner! Over 5000 guests have taken this tour since 2010 and we're delighted to still have two of the very first places we started with on the tour, Sabato and The Auckland Fish Market.

NZ featured in the World Ultimate Eats by Lonely Planet

NZ featured in the World Ultimate Eats by Lonely Planet

In exciting news I was delighted to read the  World Ultimate Eats list released from Lonely Planet this year. Slowly but surely the world is discovering New Zealand as a food tourism destination and we're delighted to be leading this charge.
I am on the executive of EAT New Zealand which is a collective of chef, food writers, tour operators and event planners who as an organisation are dedicated to the promotion of New Zealand cuisine, so this result is awesome to see.

Nin's Bin in Kaikoura where you can buy fresh crayfish.

Sampling the City of Sails Smorgasbord

Sampling the "City of Sails Smorgasbord"

We love showing off our city and it's hidden treasures.

A couple of weeks ago, we were honoured to host a group from the Otago Daily Times.

5 lemons - washed (you can also subsittute limes if you wish)

350ml vodka (don’t buy the cheapest, you will notice the difference)

Peel the lemons and place the peel and the peeled lemon (cut into cubes) into a large bowl.

Add the castor sugar and water into a pot and place over an element until the sugar has dissolved. Let the sugar syrup cool.

Add the cooled sugar syrup to the lemons and lemon peel.

Add the vodka and stir gently.

Cover with plastic wrap and place in the fridge to allow to infuse for at least 48 hours.

Strain the liquid through a sieve discarding the peel and the lemons.

Using a funnel, pour the liquid into bottles and store in the fridge. 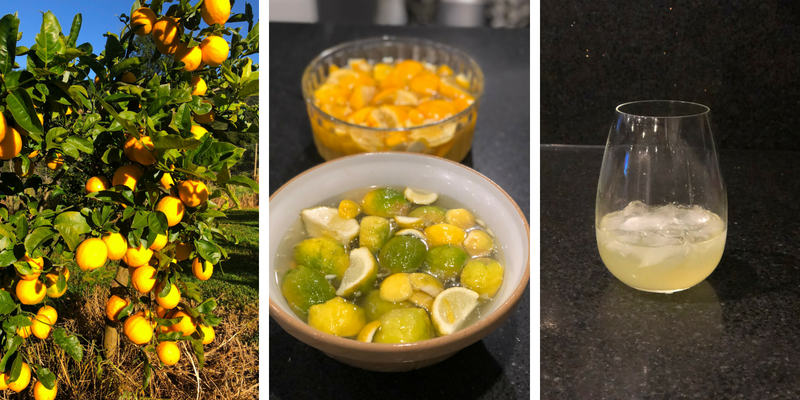 When I started The Big Foody, one of the most exiting things that I knew would happen was meeting the people behind the foods that we talked about. I have travelled the length and breadth of the country meeting people over the last 8 years and each and everyone of them has been fabulous. But it was Biddy Fraser-Davies who I wanted to meet the most.

From the first time Calum at Sabato gave me her cheese to try, to watching her on Country Calendar, hearing her plight against the monsters at MPI and speaking to her on the phone, she was a character I just wanted to spend some time with.

As much as we loved Biddy at The Big Foody, we loved her cows too. Biddy didn’t start making cheese until she was given her first house cow Gwendoline 15 years ago. Now Patsy, Dizzy, Holly, Isabel, Nellie, Nora and Lilly were all names of cows, I have photos of on my phone. In 2014 Biddy’s cheese won a super gold award at the World Cheese Awards in London! From the social metropolis of Eketahuna, in New Zealand, that cheese rocked the awards.

Earlier this year we had our fab group of 20, on a tour passing through Eketahuna and last minute I called Biddy to ask whether we could pop in. In true Biddy style she told me off for arranging our tour on a Monday when she was making cheese and couldn’t talk to us, but there she was at the end of the path waiting to welcome us to Cwmglynn and tell us her story.

We met the cows that have been part of our tours for years, saw the infamous model railway, chatted with Colin and Biddy and of course tried the cheese. When I got back on the bus with the group, a big part of me wanted to just jump off again and go and hang out some more. But driving away there was a very special feeling of “that was awesome!”

Biddy died last Friday unexpectedly and when Calum told me on Saturday I sat down and cried. Why? Because in the 4 or so years I have talked about Cwmglynn farmhouse cheese to our guests, I have learnt what tenacity, determination and standing up for your cause really meant. Because of Biddy, I have learnt more about making cheese, storing cheese, maturing cheese, Eketahuna (!) and keeping it real and authentic, than I have from anyone else.

God bless you Biddy, thank you for everything, I will miss you greatly.

We recently hosted German Travel Guide writers, Dr. Margit Brinke and Dr. Peter Kränzle on our Portland Makers Walking Tour and they wrote about it on Iwanowski's Travel Blog! Dr's Brinke and Kränzle are two of the coolest human beings on the planet and it was so interesting to learn that where they came from in Bavaria is similar in values and culture to Portland and the Pacific Northwest. They ride bikes everywhere, toil away in community gardens during summer and are serious about good beer.

If you speak German (or even if you don't) please check out their blog (and Iwanowski's Travel Guides to the USA) and come visit us in Portland!